During the heydays of online poker, we onboarded a poker room to the Wager Profits affiliate program that would sit beside the two casino brands, SciFi Casino and Breakaway Casino. These were the exciting times before the infamous Black Friday – the day online poker was all but put to rest by the US government. It was fun while it lasted. It was really fun for me because I got the chance to take full control of a video production project from start to finish.

Before we could get into the actual video part, SuperiorPoker.com needed some  branding help. We researched the existing player base to determine what personality types were playing in the poker room. It was part of a network called LasVegasFromHome, and there were some very serious players at the tables. Superior’s management team made a point that they intended to try to bring in serious poker players, so we ran with the idea and came up with the Tagline – We’re Serious About Poker.

Once we determined SuperiorPoker’s branding, we started putting together a bunch of ideas around the idea of a guy who is so serious about poker, he would neglect his other responsibilities in a funny way.

We settled on the idea of a groom getting into a poker game at his reception, much to his new bride’s dismay.

I wrote the script, and because my wife is a theatre actor, I was able to tap into the community for a video production company and as many actors as I needed. We booked a banquet hall at a hotel and set up to film. I know I have a longer director’s cut somewhere that I’ll post at some point in the future.

After the shoot, the video was edited into web video length and I called a voiceover actor I knew to give us the middle America accented voice you hear in the video.

The video ran for about 6 months in various places around the web and even took a spin on cable TV for a while.

The video project was a success. We were able to economically produce a quality video that the company was able to use for over 6 months in multiple campaigns. We effectively branded SuperiorPoker.com as a serious place to play poker.

Behind the Scenes of We're Serious About Poker Video Shoot 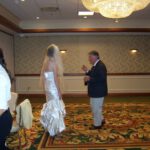 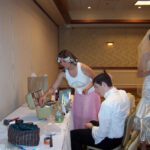 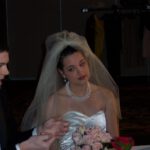 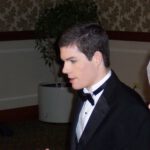 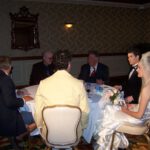 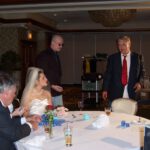 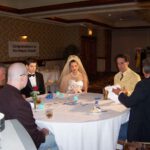 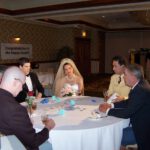 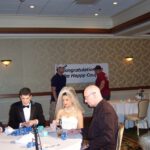 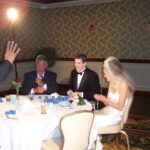 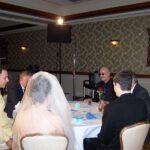